Shortlisting present to me

.
As anyone who knows me will tell you, I have a... let's call it a penchant... for amber. When I sold my first ever short story I commemorated my achievement with a pair of amber earrings that I'd been lusting over (for months) in PastTimes. They cost £20 and it was the first time I'd ever paid more than £3.99 for a pair of earrings in my life. 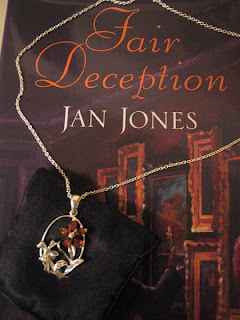 Every time I have a writing milestone, I now treat myself to something special in amber. Each of those special pieces (as opposed to all the ordinary, normal, gorgeous amber earrings I've acquired since that first pair) remind me that now and again I am a success.

And this is what I've bought to celebrate being shortlisted for the RNA Love Story of the Year 2010 with Fair Deception. Isn't it just the most beautiful thing? I think I'm in love. 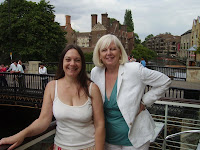 Today I will be mostly having lunch in Cambridge with my pal Elaine. I will feel extremely miffed if I do not get to see lots of photos of her gorgeous new granddaughter.

Sadly, I do not think eating at a table on the balcony in the sun will be involved.

But sticky toffee pudding or Chocolate Boxes might be.
.

Email ThisBlogThis!Share to TwitterShare to FacebookShare to Pinterest
Labels: life 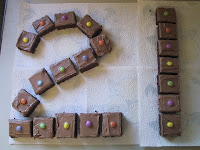 (I cannot believe it's been that long!)

A Spot of Sunshine 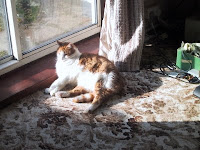 Email ThisBlogThis!Share to TwitterShare to FacebookShare to Pinterest
Labels: cats

Love Me, Loves Me Not: Winner

Thank you to everyone who entered for the Loves Me, Loves Me Not give-away below. A veritable vein of virtuosity uncovered here, I feel.

And the winner is...

If you email your address to jan at jan hyphen jones dot co dot uk I'll wrap the book and post it off to you.

Commiserations to all the non-winners. The book is available on Amazon and from The Book Depository (post free anywhere!) on the side-bar.

Email ThisBlogThis!Share to TwitterShare to FacebookShare to Pinterest
Labels: Loves Me Loves Me Not, RNA 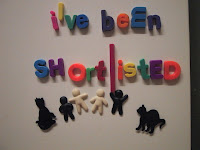 I am overjoyed to be able to announce that my Regency romance Fair Deception has been shortlisted for the Love Story of the Year 2010 administered by the Romantic Novelists' Association.

Fair Deception is the first of my Newmarket Regencies. It tells the story of Kit Kydd, who rescues actress Susanna Fair from evil Rafe Warwick. They then pretend to be engaged in order to keep Susanna safe and out of the way. Needless to say, things don't quite go as smoothly as either of them had hoped due to Susanna's inability to say no and Kit's inability not to be a knight errant.

It was published by Hale in October 2008 (qualifying period is July'08-June'09) and was sold out, but Hale have now reprinted it, so if you'd like a copy, click on the side panel!

Alongside me on the shortlist is one author that I am especially delighted to be ranked with. My very good friend and fellow RNACambridge chapter member Louise Allen has had her hot historical The Notorious Mr Hurst selected. Like Fair Deception, it also has a Regency-theatre setting and the love story between Maude and Eden just scorches the pages.

Louise says "Wealthy, eligible, beautiful - Lady Maude Templeton can have any man in Society. But she wants to marry for love - and the man of her dreams is sexy, talented, intelligent - and impossibly ineligible. What is more, he doesn’t believe in love. Making theatre owner Eden Hurst realise he needs love, and her, seems hopeless - but when she puts her mind to it Lady Maude can be quite as shocking as any of her Ravenhurst friends."

The Award will be presented at the Pure Passion Awards luncheon at the Royal Garden Hotel in Kensington on Tuesday 16th March 2020.

Ta daa! The RNA anthology LOVES ME, LOVES ME NOT is published in paperback today!

It is crammed to the covers with forty-four fabulous love stories written by terrifically talented authors from the remarkable Romantic Novelists' Association.

(See what I did there? Alliteration. Gotta love it.)

As well as a very nice contemporary story from me called Love's Colours, there are Regencies from my good friends Louise Allen, Nicola Cornick, Joanna Maitland and Amanda Grange and contemporaries from my Transita-stablemates Sue Moorcroft and Jane Gordon-Cumming.

The list just goes on and on. Contemporaries, historicals, the odd fairy, timeslip and paranormal. And guess what? I've got a splendidly shiny copy to give away!

So, if you'd like to win this celebration of the Romantic Novelists' Association's Fifty Fabulous Years to date, just leave me an alliterative comment.

Even if it's only a little bit alliterative.

Just a couple of matching first letters will do.

Closing date, February 14th. When else?
.