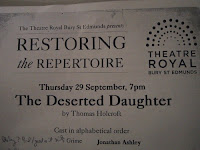 Last night I went to Bury St Edmunds (again!) to see another play in the Theatre Royal's 'Restoring The Repertoire' script-in-hand strand. This one was The Deserted Daughter, written by Thomas Holcroft in 1795, and was performed slightly differently to previous rehearsed readings.

As ever, the cast had only got together at 10 o'clock that morning to read through the script for the first time and did fantastically well. 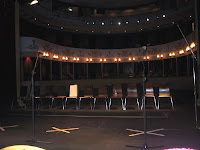 The difference this season is that the plays are being recorded so that a wider audience can listen to some of these forgotten Georgian gems. This is fabulous news for those of us who would like to be able to have a taste of the sort of entertainment available in the Georgian & Regency era. As radio drama, it worked very well. The actors really concentrated on the words and the language and put everything into their voices.

But to begin with it felt ... odd. It was peculiar watching the players talk into their own microphones instead of interacting with each other. I think it was a bit strange for the actors too - having to direct their voices to the mics when their natural instinct was to play to the audience.

They did incredibly well, and quickly found a happy medium where they could look at each other - and us - and still record. In a lot of ways, the radio style suits Thomas Holcroft who - as co-director Colin Blumenau says - never uses one word where ten will do. The characters are sufficiently different that it is easy to tell who is who and the stage business was suggested by scuffles and distance-from-microphone.

So all in all another triumph. Well done, team. Looking forward to the next one!
.

I have just found out that The Kydd Inheritance has been shortlisted for the Choc Lit Best Historical Romance award at the Festival of Romance!

It's a very strong list, so I'm thrilled to be included on it

There is also another award, so congratulations to all my friends on that one too:

The Romance Reader Awards are judged by a panel of real readers who considered the submissions on readability and enjoyment. 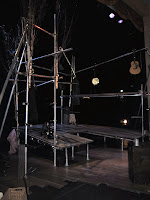 As soon as I opened the door to my box at the Theatre Royal in Bury St Edmunds last night to see this horseshoe-shaped scaffolding-and-plank set, I was hooked.

The play itself is an incredibly clever piece of writing from Daniel O'Brien with music by Pat Whymark which takes a legend and deconstructs it in a way that emphasises the romance whilst laying the truth behind the myth brutally bare.

Played and sung BRILLIANTLY by a cast of five, Dick Turpin's Last Ride weaves together the fact and the fiction of Richard Turpin, born 1705, hanged 1739, who was a poacher, housebreaker, rapist and thief - and certainly no hero. The myth endures because a Victorian storyteller cobbled it together from half a dozen other sources, dressed it in poetry and sent it out into a world hungry for romance.

The characters of historian Thomas Kyll, disillusioned colleague Richard Bayes and writer William Harrison Ainsworth recount the life, death and legend of Dick Turpin. The five actors turn effortlessly into about fifty different characters in such a way that the audience is never in doubt as to who they are. The music, the fusion of modern and Georgian costumes, and the fluid movements around the set are a joy.

I was blown away.


Theatre Royal always puts on high class productions and this is no exception. I want to follow it round the country on tour and watch it every night. I want to applaud until my hands are sore. I want to stand here and yell out to the whole country, "THIS is what The Arts should be about. This."

What it doesn't say is that on Thursday 15th September every single rail line within reach of Jojo went into meltdown at precisely the time at which she'd thought of leisurely setting out to London, on which journey she would buy lunch, sip water and hone a nice talk.

As soon as the full horror of the transport situation dawned she rang, and I said we could reschedule. "Certainly not," she said. "I'll be there. It's just a matter of how." 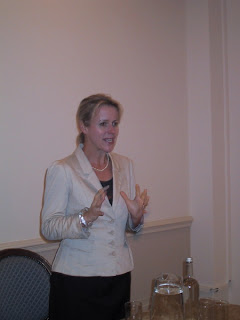 And she was - through tortuous means - and she was brilliant. She talked about realising in her early days that if writing was the only thing she wanted to do, she was going to damn well do it properly. She talked about not understanding what agents meant when they were turning down her first few books, but doggedly writing on until she DID suddenly know what she was doing, and the rush of excitement at knowing she was doing it well.

And she talked about something that struck a deep resounding chord with me. She'd recently sent in her tenth book, within deadline, and had it accepted. And then she'd re-read the manuscript and realised that while it was an okay book, it wasn't the best book she could write. So she's taken it back and cut 60,000 words out of it and is now frantically rewriting.

That's what I do - albeit on a smaller scale. I'm obsessive about getting each and every word just right. I polish until I throw up on opening the file. I know I could earn more money from my writing if I submitted something that was good enough, and in every other area of my life (I'm thinking particularly of housework here), I do just that. But not writing. Whatever I write has to be the best I can do.

So thanks, Jojo. Thanks for being a total professional. And thanks for bolstering me. And you can just bet that I'm going to be first in line when the new book is published.


Jojo Moyes won the 2004 Romantic Novel of the Year with Foreign Fruit and is the current holder with The Last Letter From Your Lover. We in the RNA are very proud of her.
.

.
I have lots of events to look forward to this autumn - and one of the first is this: 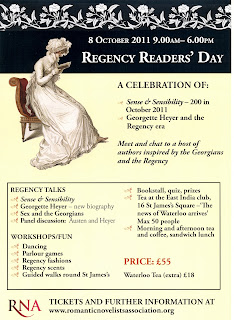 A day dedicated to Georgette Heyer, Jane Austen and the Regency period. What could be better? For details, go to the Romantic Novelists' Association website. 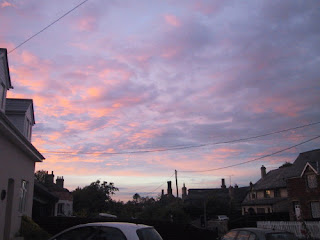 Off at a party

.
Today is the first of the month, so I am over at Historical Romance UK talking about one of my very favourite places, the Theatre Royal in Bury St Edmunds.


As yesterday was the birthday of William Wilkins, architect, theatre proprietor and all-round control-freak, the post is about his present to the town - and how it nearly went horribly wrong.

Happy birthday for yesterday, WW.
.
Posted by Jan Jones at 12:13 No comments: