I have - amazingly on schedule - finished expanding the fourth title in the Penny Plain series of novellas. The Christmas Gift

is set just before Christmas and features petty thieving, an old photo of a wartime wedding, Penny's family, Leo's family, a nativity, snow, the boat club and the return of Penny's Aunt Bridget from her globe-trotting adventure.

Now for a break from Salthaven to do some work on my next Newmarket Regency.

I think, though, I really think I'll be back.
Posted by Jan Jones at 17:20 No comments: 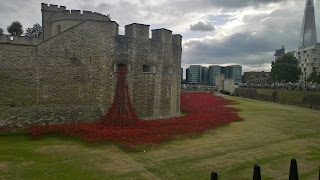 The Bloodswept Lands installation three years ago remains one of the most powerful and moving pieces of art I have ever experienced. 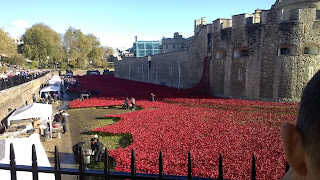 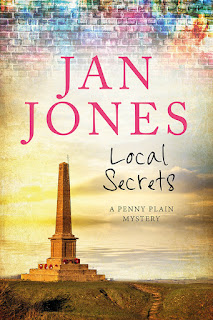 It's the beginning of November and I'm on track with the expansion and republication of my Penny Plain Mystery series.

LOCAL SECRETS is the third story, full of graffiti, town planning and - appropriately at this time of year - a mystery from WW1 thrown up by the Salthaven war memorial.

Meet Penny's son Noel, home from university for a 'reading' week, and join Penny and Leo as they solve all the puzzles and grow closer together.
Posted by Jan Jones at 12:26 No comments:

The Jigsaw Puzzle is back! 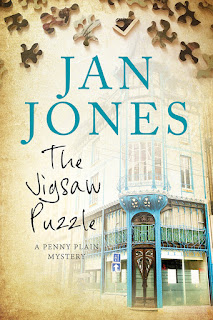 The new, expanded version of The Jigsaw Puzzle, the first story in my Penny Plain series, has now been published on kindle.

I'm expanding the second story - Just Desserts - even as we speak. My aim is to have all four of them up by December, ready for new projects next year.

ONLY DANCING in large print 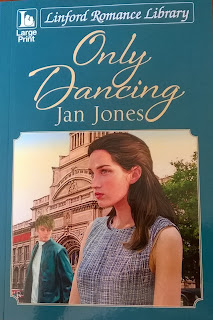 My 1970s flashback mystery ONLY DANCING is now available in Large Print, so if you prefer your books in  paper-and-ink version do please order it from your local library. Every scrap of Public Lending Right is gratefully received by an author.

Caroline knows revisiting the music of her growing-up years will be painful to her feelings. She has no idea that the David Bowie Is... exhibition will have a profound effect on the rest of her life. What starts in bittersweet nostalgia ends in very present danger.

ONLY DANCING can also be bought in the kindle version.

Whichever format you choose, I hope you enjoy! 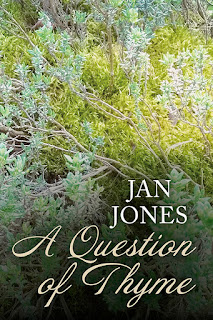 On Monday, a huge press of people gathered in St John's, Smith Square to celebrate and say farewell to Carole Blake. The memorial service had been organised to perfection by her colleagues at Blake Friedmann Agency and was both achingly sad and very beautiful at the same time. I didn't realise it was possible to laugh with tears in my eyes for that long.

I miss Carole every day, but it was a fitting occasion and - as was said by many people - she's still with us, pushing us on. And she would SO have approved of the drinks.


From one celebration to another - in true Carole fashion - a lot of us then took a brisk twenty-minute walk up the road to One Whitehall Place for the Romantic Novel of the Year awards.


It was another well-organised event, full of writers talking books, glammed up for our special day.


I cleverly managed not to take a usable photo of the displays of shortlisted books for the various categories, but this is the Paranormal/Speculative Fiction shortlisted group (taken by the mega-talented and very patient Marte of MLR_Photos). I am delighted beyond measure that our award went to my pal Kate Johnson for MAX SEVENTEEN, especially as I nagged her into publishing the book in the first place.

I'm still excited about An Ordinary Gift being shortlisted for the 2017 RoNAs, and even more so when I look at the other terrific books on the various shortlists. So much so that a group of us have got together to offer free extracts.

If you go to Rhoda Baxter's web page, you will find brief details of a number of shortlisted books across the different categories. Click on the links and those nice people at Instafreebie will deliver the extracts to your inbox. Hopefully, you will find some new favourite authors to enjoy.

So, thank you to Rhoda and to everyone else... Happy reading!
.

Email ThisBlogThis!Share to TwitterShare to FacebookShare to Pinterest
Labels: An Ordinary Gift, RoNA

.
Lovely news today - AN ORDINARY GIFT has been shortlisted for the ﻿inaugural Paranormal/Speculative Romance RoNA award. 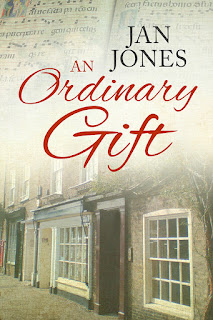 This is the book set in Ely, featuring ghostly singing boys in the attic - amongst other unexplained ﻿occurrences.

It was originally a serial in Woman's Weekly, then I rewrote it and added extra threads to reinvent it as a short novel. 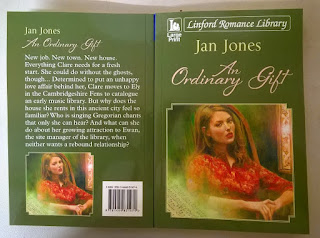 It is also out in Large Print this month, so do order it from your local library if you prefer the feel of a physical book as opposed to reading on a Kindle.

The RoNA winners will be announced on March 13th. The full set of shortlists are here.

I have LOTS of friends on the lists, so it promises to be a smashing evening.
.
Posted by Jan Jones at 12:15 No comments: 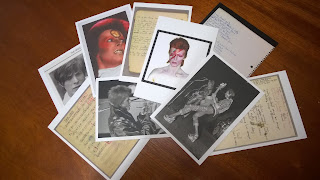